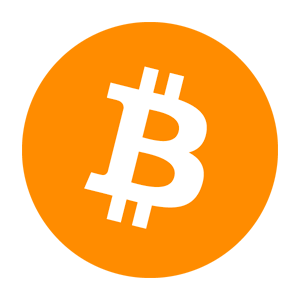 Why is Bitcoin Needed?

Security of your information

143 million U.S. customers are vulnerable to having their identity and money stolen and credit rating ruined because they have given this information and these funds to a trusted third party. Equifax surley tried to protect this data, but it is just a very large honeypot that is tempting to cyber criminals.

If each customer was responsible for their own funds, the hacker would not receive nearly as large of a reward for each hack. Alternatively, it would require much more work to hack all 143 million people individually. This is the safety in the decentralization that Bitcoin provides.

The DNC hack shows that even some of the most powerful organizations in the world are vulnerable to being breached.

The 2013 Target hack exposed up to 40 million credit and debit cards and personal data for up to 70 million customers, is similar to the Equifax hack. The ability and need for Target to store its customers payment data resulted in a massive attraction for cyber criminals.

Bitcoin works differently than the digital dollars we mostly use now. With Bitcoin, each individual holds onto their own money – similar to cash. Also, the coins are cryptographically secured and cannot be tampered with. Bitcoin can be transferred person to person without the need for a bank or credit card company.

One thing to note about this is that storing bitcoin on an exchange removes these advantages and makes the bitcoin just as vulnerable as Target and Equifax are.

The U.S. government is now over 20 trillion dollars in debt. Here is a detailed article on the relationship between sovereign debt and inflation:

The policy of many nations to inject new money into the economy lowers currency value and therefore your purchasing power.

Bitcoin is limited in its issuance to a total of 21 million coins. Ever.

If your money is kept in a bank it can be frozen by the bank or government if you find yourself suspected of a crime (even if later proven innocent).

Your home can be invaded by police or federal agents for the same reason.

Bitcoin can be protected against these possibilities.

Settlement across national borders is not easy

Bitcoin can be effortlessly moved across borders.

No bank is required to store your funds. You can be your own bank with Bitcoin.

Bitcoin addresses some of the shortcomings in the financial system that we use currently. As it becomes more widely known and used, Bitcoin enthusiasts believe it may not just complement, but replace the current system.

As a philosophical technologist, Hari is concerned with emerging innovations and how they impact our life. Mr. Seldon spends much time separating the outstanding from the paltry and incorporating only holistic beneficial technologies into his life.